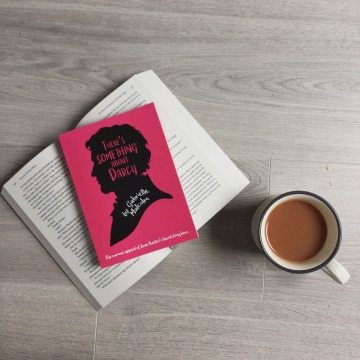 [Gifted from the publisher, Endeavour Media, in exchange for an honest review. All opinions are my own]

A must-read for every Darcy and Jane Austen fan.

Gabrielle Malcolm has taken the mass hysteria that surrounds Austen’s Fitzwilliam Darcy and turned it into a comprehensive non-fictional-essay-of-sorts. She runs through the many inspirations of the character and how he, in turn, has pathed the way for a new type of literary character.

The once brooding Gothic hero, aristocratic elitist and romantic Regency man of action has transformed into a vampire, zombie, and Colin Firth.

As an essay, it is very well done. From the () writing, you get the sense that Malcolm really appreciates Darcy as a character. It makes reading it a lil easier. Her passion for the many varying interpretations of Darcy helps you to stay on the surface level. It is, after all, one giant essay. It’s like the stuff you read for university, but it’s a lot more humble because Malcolm inserts herself into the text.

It provides some interesting interpretations of Darcy…

Austen has very set intentions when it came to writing Darcy: an arrogant, conceited and prejudiced man who slowly evolves once exposed to Real Feelings and Decency. Writers have taken liberty, shaping him into someone who suits their narrative, thus taking away from Austen’s initial intentions. Malcolm explores these further, examining the replicas in differences formats and media (novels, TV and film adaptations, stage productions, etc.).

It has a very set readership due to this. I’m a huge Austen and Darcy fan, but I found this grew quite dull very quickly. It would be perfect for those who enjoy a dense look into how characters have been interpreted throughout the years.

It’s a 250 page essay on the evolution of Darcy. It’s hard to stay interested the whole time. I think images would have helped. They would have broken up the text, and helped us visualise the types of Darcys we were being introduced to.

I had a few other issues too…

Malcolm often went of tangents. She randomly pause what she was saying to give us massive synopses of novels that really bore no relevance to the topic. We didn’t need to have a plot description of The Scarlet Pimpernickel – a simple reference or summary of it would have sufficed. It made it seem unconvincing – as if the plot would distract us from her argument. 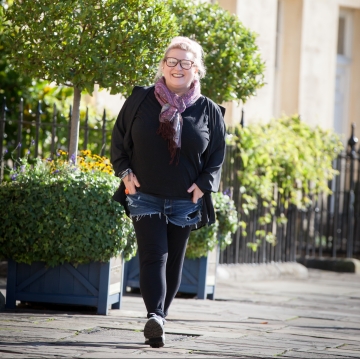 I also didn’t like the way she implied the Brontë heroes were direct replicas of Darcy. Just like Darcy, Heathcliff and Rochester are pastiches of the Byronic hero. Neither Charlotte or Emily got inspiration from Jane Austen (the only evidence we have of them reading Austen was Charlotte’s letter to Lewes, which was after Jane Eyre was published). I got quite defensive of this. I think because Malcolm didn’t really leave room for any opposing arguments.

The whole book seemed to say: it’s my way or no way.

She would provide interpretations of the characters, but would never really criticise them. Well, where is the fun in that?

I’m probably just being really picky. But if I’m going to read a 250 page essay on Darcy, I want some criticisms – I want Malcolm to rip into the interpretations that she hates – and I want visual aid to help picture what these replicas look like.

Don’t get me wrong: it was very insightful and very well researched. I do think it’s one of those books that either sits well with a reader or it doesn’t. I just found it a lil long-winded and very set in its ways. But Malcom did an excellent of bringing to life Darcy, in all his shapes and sizes.

Does There’s Something About Darcy sound like you’re kind of read? Is anyone here an Austen fan? What’s your fave book by her? Let’s discuss it in the comments!

2 thoughts on “There’s Something About Darcy | Blog Tour:”