‘If I loved you less, I might be able to talk about it more’

Picture this: on a dull December day I swore I would read the remaining three Austen novels that are sitting on my shelf. Fast forward seven months and I’m down two. Persuasion got ticked off in January, and July saw me struggle through Emma. What’s next, you ask? Well, Mansfield Park… I’m coming for you.

The titular character, Emma Woodhouse, is a rich, charming and spoilt girl. She is adamant on remaining a spinster, but that doesn’t mean to say she can’t find partners for her friends. ‘Her plans for the matrimonial success of her new friend Harriet, however, leads her into complications that test her own detachment from the world of romance’ (Vintage Classics).

END_OF_DOCUMENT_TOKEN_TO_BE_REPLACED 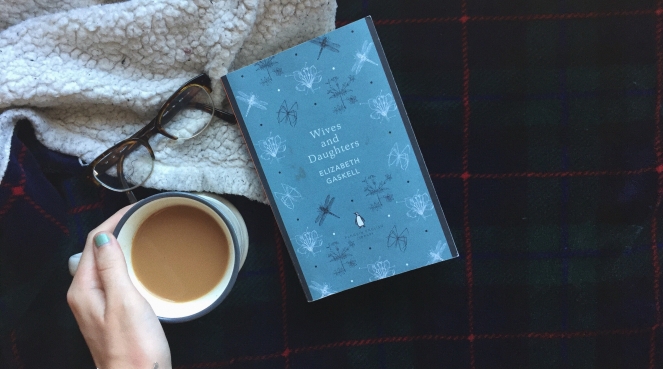 Wives and Daughters was something else entirely. It has quickly become my favourite Gaskell novel, and one of my all-time favourite 19th century reads. It was such a lovely book. The story is centred on Molly Gibson, detailing how her life is thrown off course when her father remarries. She is devoted to him, and the prospect of sharing that devotion does not appeal to her. Despite receiving a vain and manipulative stepmother from this marriage, Molly’s life is enlivened by a glamorous new stepsister. However, Molly quickly finds herself a go-between for Cynthia’s love affairs, risking her reputation and the man she loves in return.

Unfortunately, Gaskell never managed to finish writing Wives and Daughters. It was serialised in Cornhill Magazine from 1864 to 1866, but she sadly died in 1865 due to a heart attack. She left the ending unwritten. Thankfully, due to the Victorian’s love of preserving letters, we know how Gaskell wanted the novel to end. It was pretty much finished anyway (I reckon there was only one chapter left to write), and it was very clear how the story would have ended. I wasn’t bothered by this though. I was just happy that Gaskell managed to write as much as she did (the whole 766 pages of it). I loved being immersed in this story, with these characters and that writing.

END_OF_DOCUMENT_TOKEN_TO_BE_REPLACED

A Tale of Two Cities has been on my TBR shelf since I read Cassandra Clare’s The Infernal Devices series way back in 2014. The characters spoke so fondly of the novel, and I came away with a sudden urge to read it. It’s taken me four years but I have finally made my way through this infamous story. Although it wasn’t my favourite Dickens, it was a brilliant tale nonetheless. It “vividly depicts a revolutionary Paris running red with blood, and a London where the poor starve. In the midst of the chaos two men are both redeemed and condemned by their love for the same woman, as the shadow of La Guillotine draws closer…” (Penguin English Library).